I love superheroes. They are beacons of light for humanity, they are smart, strong and fast. They were so awesome that I skipped school to watch animated cartoon at 9 am. I wanted to fly like Superman or drive batmobile like Batman. They are idols everyone wants to be. Spider-Man is someone else. In my humble opinion, he was the first superhero students could relate to and learn valuable everyday lessons. So, as my last blogpost, I want to talk what makes Spider-Man relatable and how does it affect education. 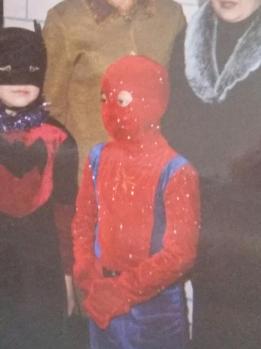 Basically, what we see here is transformation from teenager into adult. That’s the point what modern school system misses in education. The point when a youngster wants to become adult, when privileges of adult life outshine everyday routine. Shy and quiet Peter Parker is representation of average teenager, whereas confident, bold and confident Spider-Man is Peter’s way of portraying adult. He even called himself Spider-MAN, not Spider-BOY. At first, when he got his powers, he used them for selfish benefits. He earned money from wrestling matches, got closer with a girl he loved and beat hooligans who bullied him. That what Peter was thinking of adult life, being independent, free of control and consequences. Eventually, after people he cared about died because of his fault, he understood value of making the right move, value of heroism and responsibility. That he needs to appreciate himself and people around him. The moment he understood what being grown-up is, he realizes that with great power, comes great responsibility. 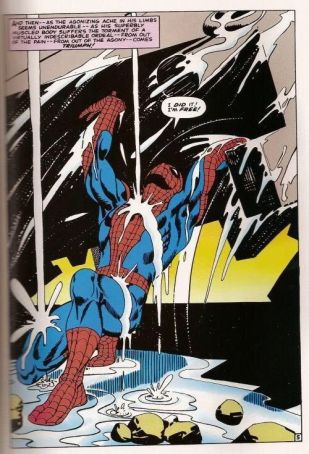 Genius idea behind Spider-Man is that we all can see ourselves as a hero under this mask. However, true hero is not a mask or a costume, it’s a person wearing them. Peter Parker’s lesson to all students is that they must be prepared for adulthood, be responsible for people around them and find moment of pleasure and peace in everyday life.

Who is your favorite superhero and what did you learn from him? 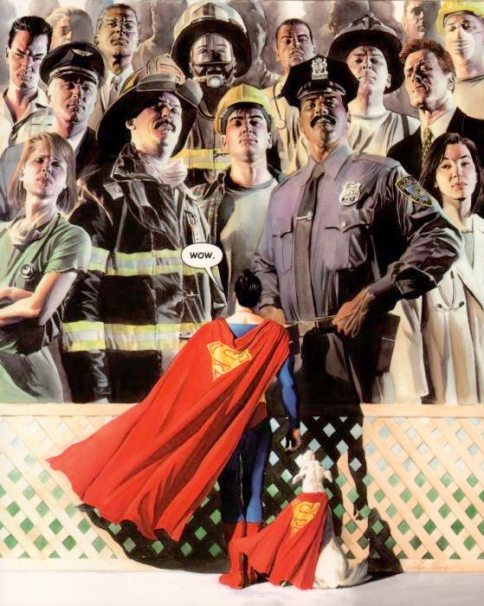 In 2010 Valeriya Gai Germanika directed critically acclaimed series called “Shkola” (School). Gai Germanika claimed that this series show true nature of schooling in Russia where teachers and parents do not understand personality of teenagers and that every student has rich inner world nobody respects. 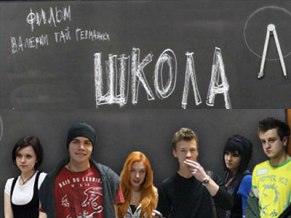 So, after watching several episodes I can claim that Valeriya Gai Germanika is unique person (her awesome surname including). The reason for my statement is that she managed to create little sensation (not in a good way) out of series about high schoolers (even Vladimir Putin reacted). In her vision being oppressed by cruel parents, students are victims of corrupted system, whereas teachers are close minded tyrants, not caring about anything. In other words, “Shkola” fails in picturing any positive adult. In my humble opinion, “Shkola” represents majority CIS (Commonwealth of Independent Countries) citizens’ viewpoints about school system: it is corrupted, teachers are not qualified enough, and students are the ones who suffer the most. The TV-show further promotes such views as they can be applied to every school in post-Soviet country.

“Shkola” was broadcasted on national TV. Don’t get me wrong, I am not against showing indie series on TV. However, when the show shows (heheh) its bias towards teaching and parenting, I think authority of both of parents and teachers gets discredited in the eyes of viewers. In my opinion such shows must find solutions and ways to change society in a better way, instead of blaming it for everything without any support or arguments. Instead of showing ways to help students or attempts to solve schooling problems, “Shkola” delivers shocking content one after another, like how emo girl gets beaten by her friends or how teacher and young student are talking about sex. As a viewer the only message I saw was that school is hell and the only solution is suicide (the actual ending of this series).

It’s a shame that even if there are many movies about education in CIS like “The Geographer Drank his Globe Away” or “The Student”, the work of Gai Germanika got so viral and popular among common folk. 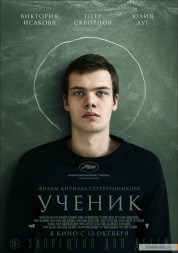 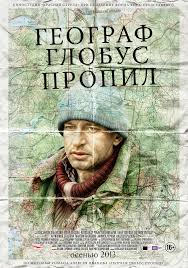 What should movies about schools teach us? If you have seen “Shkola”, please, tell me about your impression.

During this TED video in Cleveland, comic book writer Brian Michael Bendis is telling about his path to become comic book writer in Marvel studios. His speech begins by letting audience know that he is from Cleveland as well, so situation will be less formal. He immediately makes clear that his main audience are geeks, in order to look friendly with audience, he starts to make references towards comic book movies, like Avengers and Iron man.

Beside all the jokes and “breaking the ice” with audience, his main idea starts from the moment when he started reading his first comics. He felt like his mind was blown by this type of storytelling and people the authors of this comic book immediately became his icons. For Bendis at that time having his name on a cover of a comic book was the coolest thing to experience.

Even if he does not tell it directly, people he mentions affect him from different perspectives. Gil Kane and Frank Miller showed him that there are no strict rules in drawing, Walt Simonson treated young fan with respect to his talent, so he will be encouraged to continue his work. Most importantly John Totleban made him to understand that it is not right to question your life choice. As long as you like it, it is worthwhile.

It is not clear from the beginning, there are two main points in his speech. The first is that person must do things that he/she enjoys the most. The second is that if you want to become someone, you need to start working towards it. Bendis is not providing solid argument towards his claim, he just tells the story of how he became comic book writer. His whole speech is based on his life story and people who influenced his career choice.

“If you want to be in comics, you got to make a comic”

In my opinion Bendis’s life situation was unique, that is why his claims might not be applicable to others. He was surrounded by comic books, there were conventions in his neighborhood and Cleveland was place where Superman was created. That is why he had all the conditions necessary. Perhaps, he could make his speech better by giving example of a person who was raised in different environment and became successful in comic book industry.

I found this video interesting. Brian Michael Bendis is not the best speaker in the world and of course his arguments are not supported enough, but he does not need to. It is not complicated science video; this speaker gives us advice about life. No doubt it is subjective and might not work for everybody. Nevertheless, so much as people give us advices throughout our lives, it is useful to hear them once in a while.

Life consists of parts that we need to pass one after another. It is really convenient. There is always a place where you got to be. Kindergartens prepare us for schools, where we cannot wait for university life. What if there is no place to go? After graduation most of us (at least I did) felt that we are not guided anymore, we just need somehow to spend the rest of our lives without people telling us what to do.

“The Graduate” is the story about the graduate (oh really?) Benjamin, who came back home to his parents. They are always asking him about his future plans, but the main hero prefers to avoid answering this question at any cost. His life is uncertain, and he doesn’t know what to do. For me this movie symbolizes modern student life and the place where it would bring us. Throughout the movie we see the main protagonist standing on moving walkway or laying on his back in his parents’ pool. Things around him are always moving, while he is not. He is not studying anymore. He is not climbing social ladder as all of us do. He is alienated and lets his fate to do whatever it pleases to.

It is my opinion, but I do feel the same about students in modern day universities, sliding from one deadline to another. Whenever we have some free time we follow any distraction we can and beg people around us “Let’s not talk about studies, alright?”.  Today my friend told me excellent thing “Most of us study so in the future we could study better”.

How many times you were disturbed by the thought that it seems like everyone is doing something, but you don’t? Whenever I have some free minute I start to have such thoughts, which is really horrible.

I want to end this blogpost by one terrible cliché. In one scene of the movie Benjamin’s father asks him “Would you mind telling me what those four years of college were for?”

The reason I wrote this as my first blogging assignment is the lesson I had today. My professor was amazed by the presentation my groupmates have done, even if it was just PowerPoint. This made me to think “Who is responsible for students’ creativity, if PowerPoint presentation or simple video are considered to be creative?”. People who came up to my mind were teachers.

Firstly, let me start with the example. Back in 2007 I had to argue with my teacher, because she claimed that Kazakhstan’s territory is so large that it is 6 times bigger than France. My argument was that the book that she is reading from is wrong and Kazakhstan can’t be so big in comparison with France, but I got bad mark for arguing with teacher and apparently for arguing with the book. Kazakhstan is four times bigger, I have checked it. This example might sound like a complaint of a person about his old wounds, but it illustrates the main role of teachers in modern education. From early age teachers are authorities in charge. They are people who provide us with basic information and most of the time we consider it as correct. They are like first page of Google search, it is much easier to trust them, instead of looking for other sources.

Moreover, teachers are first people to evaluate our achievements in education. Their opinions and, mostly, marks they give us, shape us as individuals. Students are assessed by teachers for their memory capacity, being compared with their peers by number of achievements they have (OECD, 2014). Ken Robinson (2010) stated that learner with excellent mark, will have opportunity to study at universities, because they followed instructions and repeated the same thing he/she was told, society might label him as successful. While ones with low grades 1) might have low quality job; 2) might consider himself/herself not smart enough, usually these people are called losers. Is it fair to assess every kid by the same criteria or is it better to get rid of standards and treat every student as individual? Making subjects understandable for kid, at the same time keeping his/her individualism and cultural identity by being his/her guide instead of tyrant, is the way to save creativity of learners.