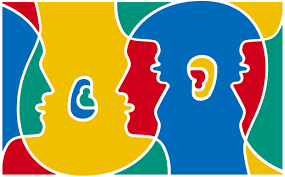 Language policy in Kazakhstan is one of the most important areas of the educational system. Kazakhstan as a democratic state encourages every citizen to acquire three languages: Kazakh, Russian and English (Law on languages, 1997). The knowledge of these languages could broaden the abilities of every citizen and enforce the trilingual educational policy development.

Comparing the goals of Kazakhstani and European educational policies, it could be assumed that the purposes are similar: to speak at least two languages in addition to the native language. The number of various nationalities in Kazakhstan is more than 140 and the number of immigrants in Europe gradually grows, so the plurilingual education is a necessity of modern life. According to Fierman (1997), the population of Kazakhstan in 1989 by ethnic groups was very different from what we can see now. The population of Kazakhs was 27, 1%, while the number of Russians was 50, 8%. Because of the Russian domination, people were fluent in the Russian language. Therefore, as a result, the status of the Kazakh language was considerably low. According to the data from “Ethnologie“ the number of commonly used languages in Kazakhstan is 14 and due to the diversity of nationalities and multicultural situation we live in, multilingual education is a beneficial and valuable strategy politically as well as demographically. Analyzing “The strategy for developing and functioning of languages for 2011-2020”, Kazakhstan has created an effective system of supporting the different ethnics living in Kazakhstan (about 1524- Russian schools, 58 –Uzbek, 14- Uighur, 2- Tadjik etc.). About 190 ethnic cultural organizations support the native languages of 30 nationalities. Furthermore, the country has various ethnic theaters: 1 –Korean, 1-German, 1-Uigur, and Uzbek in addition to 50 Kazakh theaters.

The country has developed 8 trilingual dictionaries with a total circulation of 260,000 copies. In spite of the fact that we are a multicultural country, one of the major priorities of the strategy is to acquire the state language and expand its usage. The second target of the strategy is to increase the level of culture of the Kazakhstani society. In addition, we can complement the drivers of pluralism in Kazakhstan by increasing the cooperation with the culture of different countries, involving e the cultural events. For example: culture day, documentary films with the use of original languages. The professional development of teachers is the most important part of the strategy. The country aims to implement a set of practical measures in order to apply new standards, technologies and methodologies in language teaching, and in order to give an opportunity to encourage the society to speak Kazakh and preserve the linguistic diversity of the country.

So, why do we have to do in order to keep the linguistic variety in Kazakhstan?

First, there is a strong need to give an access to high-quality education for all citizens, as it shows the democracy in the country and the tolerant attitude towards the representatives of minority language groups. The portfolio proffered by European policy makers could become a great tool in identifying the linguistic abilities of students, applying and developing new methods in language teaching for citizens around the world. Considering minority language representatives the important point is to include their “native” languages in order to create an effective environment for them to become confident and responsible members of society. Thus, it will lead to economic development, social and political stability in the country.

Secondly, the preservation of minority languages is important in order to create a democratic society, where every citizen has linguistic human rights. Also, the minority languages could help students acquire a foreign language as well and help preserve the identity of students. European policy makers as well as Kazakhstani aim to create plurilingual societies, so some measures should be taken: improvement of teaching methodologies and approaches, development of new textbooks and materials for students, curriculum and assessment enhancement. There is a valuable reason to save rare and minor languages because each language has its own heritage and knowledge; furthermore, the languages pass on the cultures and the traditions of the ethnic group.

So, the immigration of different nations is a new opportunity , for native citizens as well as for newcomers. The strategy proclaimed by European Policy makers could be applied here in Kazakhstan, as the situation with immigrants is quite similar. One of the most important part of the policy is the promotion of multiculturalism in order to broaden the competitiveness of people around the world, which has no chance to exist without the knowledge of languages.

What do you think about plurilingualism? How can we preserve the linguistic variety in Kazakhstan?

Coyle, D. (2008). CLIL—A pedagogical approach from the European perspective. In Encyclopedia of language and education (pp. 1200-1214). Springer US.