As I am studying at the Master’s degree program of Educational Leadership I try to make connections between knowledge we gain during classes and the real life of education. For instance, some thoughts were emerged when I was reading the suggested materials regarding the issues in early childhood education in Kazakhstan. These thoughts were about the some recommendations to overcome inequity in access, that UNESCO (2006) stated in its report concerning enhancement of the early childhood education system in Kazakhstan, which raised disagreement from my side.

To the question about what is most critical issue in this field in Kazakhstan, I would respond that it is the inequity in access. This inequity is remarkably high between low-income and high-income families, rural and urban regions. The demographic “jump” in last decade had even deepened the problem, which become a very big issue for many families. It was confirmed that poor, disadvantaged, and rural children are benefiting much more then richer ones. For them it is very crucial to get access to pre-school education because they do not have appropriate family conditions to develop.

I picked up some recommendations made by experts in the UNESCO report “Early childhood care and education in Kazakhstan”, which supposed to overcome inequity. Although the most of them are applicable, I strongly disagree with the proposal to make the alternative special facilities for poor children.  This means the intention to save the money for widening the system and construct more kindergartens with just basic services (without extra-curricular activity, having limited facilities) which allows poorer kids benefit from pre-school education.  But I would question these benefits. It will not solve the problem but will even increase the gap between qualities of education in these kindergartens. Another ways to provide the equity access, as proposed by UNESCO (2006), are the means-tastes fees system (when more wealth parents will pay bigger fee), system of vouchers (similar to grants in higher education) and minimizing the service package of all state kindergartens. I personally, do not much believe in the first one, because sometimes it is very hard to determine the families’ income and this measure can create a ground for even more corruption. The system of vouchers can work until the places in kindergarten will be fully distributed and then inequity will appear again.

So to sum up, I would say that still the proper way to overcome the inequity in access is not found yet. This is the ground for future educational leaders to think about and act.

Having started its history in 1999 the Bologna process’s initial goal was to integrate European countries to the United European Higher Education area (EHEA) to challenge the USA, which was considered as huge most globally attractive higher education provider. The main principals and goals were: 1) public responsibility for and of higher education within national and regional context; 2) global academic mobility; 3) global and regional approaches to quality enhancement of HE; 4) the contribution of HE reforms to enhancing graduate employability.

But for some countries, as Kazakhstan, to be a member of such a big cooperative educational area is more the question of prestige, in the authors’ words: “pleasing international accreditation authorities” (Yergemebkov & Temirbekova, 2012, p.1477). And the main consequence is that the main principles of Bologna process having incorporated into the Kazakhstani higher education system have become mere formalities without practical functions. Studies on Bologna process in two countries, Kazakhstan and Ukraine, have revealed some similar obstacles, such as slow process of transformation and entering into the international academic and science  community, due to their soviet experience, when the universities largely concentrate on teaching, using Russian as medial, and borders were closed for information (Shaw, et al., 2011; Yergemebkov & Temirbekova, 2012).

As authors present from their personal experience of being the faculty in the transition period, the academics tried to harmonize the titles and content of lectures and calculation of ECTS, with the Bologna system universities practice (Yergemebkov & Temirbekova, 2012). Also, the academics express their feeling that they are pushed to conduct research anyway and anyhow, while they personally do not have enough expertise, time, and finally do not know English to fully collaborate internationally. These all lead to poor quality of research (Shaw, et al., 2011). As authors claim, all of these academics’ misunderstandings prevent the success of integration process.

It is obvious, from these two studies and even from my personal observations and perception, that at the current moment not all academics even understand the principals and goals of Bologna Process. Thus, despite the 5 years’ experience of implementing it, the process still stuck in the past. 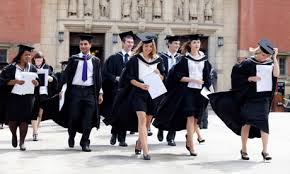 The debates regarding the role of university in knowledge based economy are in the progress. Ones think that university should respond to economy needs in certain graduates promptly, while others argue that this is not the role for university, at least not only.  Knowledge based economy could be defined as ‘an economy in which the production, distribution and use of knowledge is the main driver of growth, wealth creation, and employment across all industries’ (Davis, H., Evans, T., & Hickey, C., 2006, p.231). In this post I would like to share with some of the ideas from both perspectives.

The international organization reports and plenty research studies are the result of growing interest to the role of universities in shaping modern economy worldwide. They are mostly proponents of the idea that the universities should serve the community and economy by supporting their needs.  The universities are considered as the powerhouses generating knowledge, which will better contribute to the country’s wealth and prosperity. The knowledge-based economy waits from universities “flexible, autonomous, self-directed, collaborative, adaptable, resourceful and sensitive graduates” (Davis et al. 2006). The core idea is that nowadays the university should be very flexible and sensitive to the demands that show the economy and produce the only needed sort of people with certain knowledge and skills.

From the other hands, the opponents are very concerned with such trend of narrowing the role of university to only serve an economy. They argue that the universities in their race to fit the economy’s needs could lose their main goal to serve for whole society. From this point of view, the distinctive and diverse nature of university knowledge innovations are defines its role within democracy.  Bastalich (2010) for example promotes the conception for universities that are not being sufficiently accountable to the economy.

To sum up discussion about the role of universities in knowledge based economy, the acquisition of certain changeable skills is not the goal by itself for graduates as universities product. But the direction to pursue is gaining knowledge and skills to lead further development of society as a whole and particular knowledge based economy as part of it. Nevertheless the discussions are lasting for a long time; there is no end point in the debates yet. 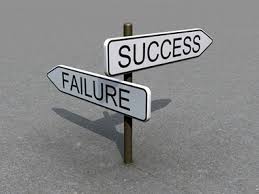 In this post I will try to state some thoughts about the current situation in the Kazakhstani Higher Education system emerged by informal observations. I will discuss the issue of quality of Higher education and particular the problem of “purchasing” diplomas. This problem cannot be justified by official statistics but everybody knows about it.

What is “purchasing” diploma?

By words “purchasing” diploma I mean the notion when a student successfully admitted to the X University in Kazakhstan is not studying at all, but buying or copying almost all required course works and successfully graduating with diploma. Sometimes “with honor” or so called “red diploma”. So that all he needs are some money to spend and some time to be present at X University.

How to solve this problem?

Well, it is obvious that the system in whole should be changed. At least several solutions came to my head. Firstly, to teach children starting from secondary school to study not for grade but for knowledge. Of course, the grade is the important marker to know about how this student performs but is not the goal itself. The parents should not ask children the question “what grade did you get today?” but “What new did you learn today?” Thus children will know that their aim is to get knowledge not to get the good grade.

Secondly, there should be the strict anti-plagiarism policy everywhere, starting even from the kindergartens. So that the children will know that stating other people’s idea is a worst thing to do while producing own work. This will harm the person who copies even more than the person from whom it was copied. Because nothing is in his head left while he is copying or buying. Only through careful reflecting, analyzing, rethinking processes the knowledge can emerge.

The topic of education quality enhancement in Kazakhstan is too broad to be fitted into the one blog or even one paper frame. Nevertheless, I tried to identify one of thousands problem in contemporary Higher education system and reflect on possible ways to solve it. 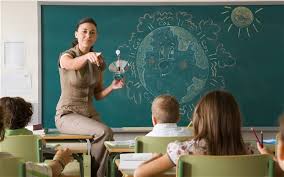 In this post I would like to write about my personal experience on issues in education in Kazakhstan. This case happened with my daughter in early childhood education organization (simply – in kindergarten) shows the importance of teacher professionalism in any education organization and in kindergartens especially. The point is that social benefits from early childhood upbringing and education is very high and have a long-term positive effect on people lives. But let me show you how the effect can be vise versed and have negative effect.

The case happened to my daughter.

My daughter is very positive and shiny little girl, loving to communicate, laugh and play. During all period of her time in kindergarten she was a “star” in her group. The teacher loved her and she participated in every event holding in the group.

But when she entered to the last year of preschool education group her behavior at kindergarten changed completely. At home no one noticed any changes, but in her preparation to school study she did poor. Moreover, she was not involved in events in the group, became shy and did not communicate with peers. The teacher said that she did not want to study at all, that she had complexes, she did not even open her mouth ect. The teacher was very confident and behaved like a good specialist. She advised me to visit the counselor and work with my child at home.

I did not understand why it happened to my daughter. Why she did not want to study. I started to study with her at home additionally. I realized that she even did not catch up the basics of letters and sounds. It was hard time and we continued to struggle, sometime I felt like men carrying the stone to the top of mountain because of very little result from our work.

And how do think we solved the problem. Easily: our “super” teacher left for maternity leave and other teacher replaced her. My daughter changed again and became a superstar. I did not explore what exactly the other teacher did wrong. I was just happy that my daughter “revived back”. I was so upset that did not even think about that the problem could lie in teacher, because we used to believe teacher. Thanks God, our case had happy end and my daughter successfully transited to the school with good background and self-confidence. The latter is much more important.

What about did I show by my example?

The first thing: the teacher should be professional. Being the teacher, doctor or engineer means a huge responsibility taken. Every teacher should treat their students, even small child, as a person with the globe inside. I would say especially children. Their minds are so tender, so easy to break.

The second thing: do always think critically on any problem you see. Evaluate all parts and dimensions, the solution might be unexpectedly lying in other parallel you did not consider.

This post was written to show that unprofessionalism in education still on place and can touch everybody. And it is not a personal problem, but problem of the system.