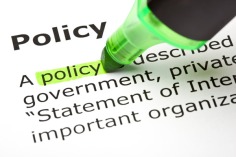 Naming of any notion plays crucial role in understanding this notion and its future life. According to Sapir-Whorf’s (1956) hypothesis, our language influences our thinking and people’s attitudes are closely connected to the picture or the worldview that language creates. Thus, policy formulations, which frame governmental legislations and instructions, and its selection of words determine people’s thinking about every issue, modeling their perceptions even in the level of under conciousness. In this context, framing notions related to inclusive education influences Kazakhstani people world view on teaching and learning in diverse environment and model the system of inclusive education.

Being one of the main policy documents on education, which implicates its significance for Kazakhstani stake holders, State Programme of Education Development 2011-2020 (MoES, 2010) provides readers with labeling teachers for inclusive environment as teachers – defectologists. Supporting and intensifying this idea, MoES decree “On confirmation of standard qualifications of educators” (2009), describing the role of teacher-defectologist, says that he/she has to take measures focused on maximal correction of students’ abnormality and examine children, defining structure and intensity of their defect. Children themselves are labeled as “children with limited capacity”, “children with disabilities”, “handicapped children” and “invalids” (Law on social and medical, 2002; law on child’s rights, 2002; law on social protection, 2005).

In this policy context, children with special needs in Kazakhstan have no special needs but they have defects, which must be corrected and eliminated by their teachers, in accordance with medical model of education rather than pedagogical one. Therefore, admitting children’s abnormality, school, providing students with rehabilitation (Rouse, Yakavets & Kulahmetova, 2014), has agenda somehow to adapt them to society, which considered being normal.

These negative labeling can be explained by the tribute to the memory of Soviet legacy, but it can’t be excused. Aiming to implement inclusive education, Kazakhstani policy makers need to realize the pivotal effect of terms they use in legislations, due to the reason that these terms architect the system and frame Kazakhstani people’s worldview on the essence of inclusive education and population with special needs.

Law of the Republic of Kazakhstan. (2002), № 343-II: On social and medical-pedagogical intervention support of handicapped children (with changes and additions as in 2014).

MoES (Ministry of Education and Science) (2009) Decree On confirmation of standard qualifications of educators, Astana: MoES.