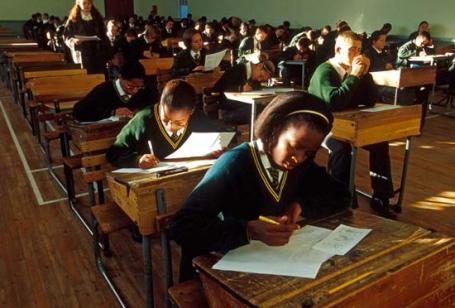 In the podcast Is This Working? different teachers, educators, parents talk about discipline at school and ask very simple but important questions: what is the reasonable level of discipline? Why do we need kids to unpack their bookbags silently? Is all this discipline for a child or for a teacher? And the most important one: What are the consequences of the punishment for discipline violation?

The podcast starts with the question what teachers would do if a boy does not want to take his hat off during the class. And different approaches to discipline are discussed in its three acts with different storylines. Some stories argue that keeping discipline does not prepare children for a real life because staying quiet and obedient is not always a good way to achieve something in life. Other persuade that not punishment but conversations about the offenses work better as children learn to think about their emotions, emotions of others and collaborate in the society and this is exactly what they need in future. These are all wonderful questions, suggestions, ideas to check and prove by research. What I want to share is another phenomenon that I have found in this podcast which answers the question What are the consequences of the punishment for discipline violation?

I learned about the “discipline policies that push students out of the classroom and into the criminal justice system at alarming rates—a phenomenon known as the “school-to-prison pipeline“. Moreover, starting from early age black and Latino students are punished more harshly than their white peers and this excessive punishment makes it more likely for them to get in prison once they become adults.   There was a data from College Station at Texas A&M which documented all the suspensions in 2000-2002:

And what kind of infractions were they getting suspended for? Most of the time, these were not for big things, like hitting a teacher or bringing a weapon to school. They were for things like disrespect, insubordination, willful defiance, the kind of incident that often begins when an angry kid won’t take his hat off”

What do you think about this data? This is the result of the attitude they get at school. They are punished seriously even for minor mistakes. I immediately recalled the blog written by chsherbakov that I read recently about the intrinsic bias against Black schoolers which is seen even in the language of documents framing desegregation.

What I want to say is the issue of keeping discipline in the classroom can be controversial but there is another dimension of the problem which we should take into consideration. There is an attitude which starting from the very early age creates a special mindset, special environment and changes the future of many little kids. This attitude makes them feel bad and unwelcome in the society. This attitude puts them into the conflict with the school, with their parents, with the law. This makes them look for people who would value them no matter what and, unfortunately, very often these people are not the best examples to follow.

7 thoughts on “Order with consequences”